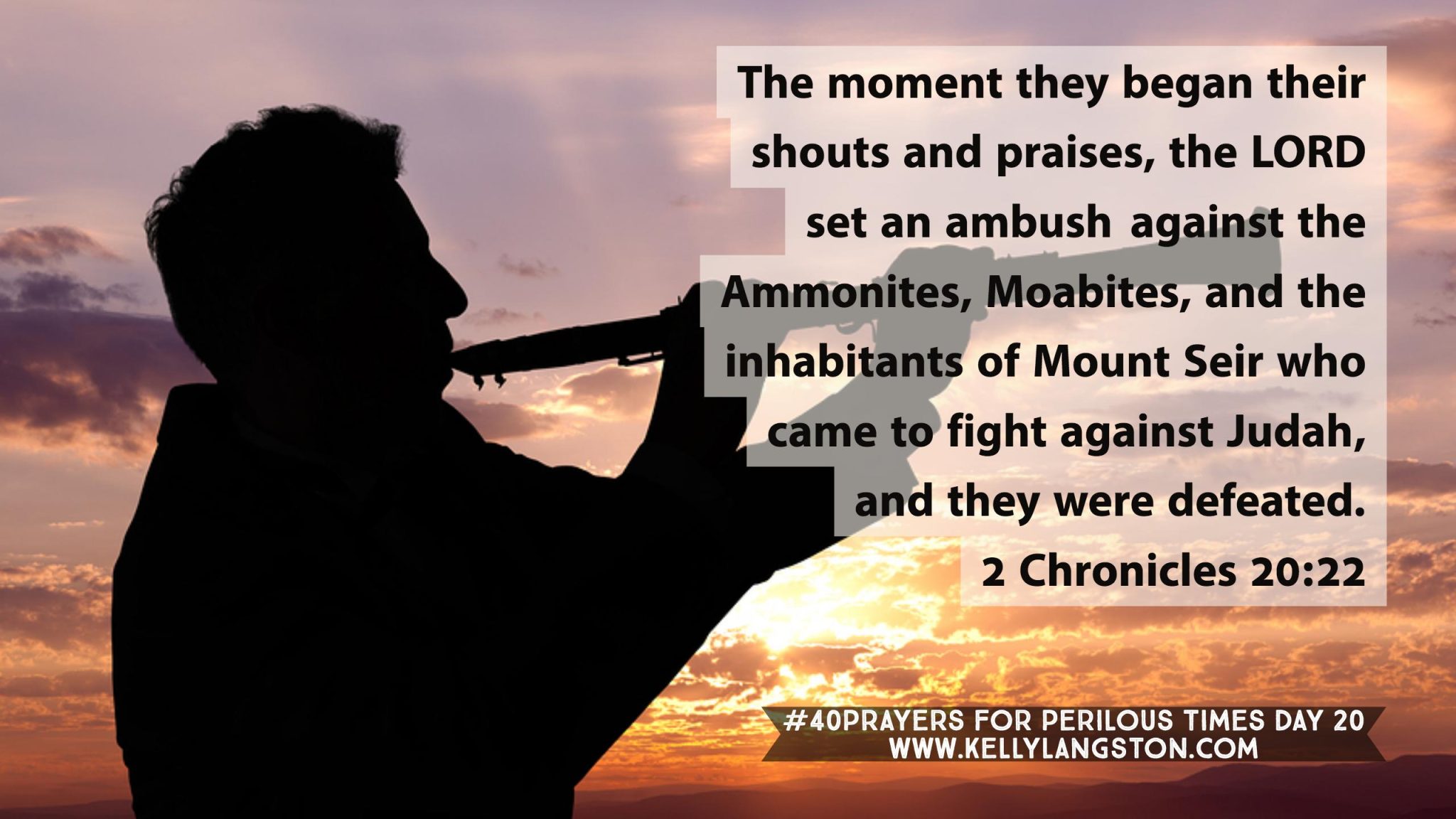 When the Battle is Imminent

Then he consulted with the people and appointed some to sing for the Lord and some to praise the splendor of His holiness. When they went out in front of the armed forces, they kept singing:

Give thanks to the Lord,
for His faithful love endures forever.

How surprising are Your ways, Lord, that we should sing in the face of impending battle!

You choose armies that are outnumbered.
Armies of one—like David who defeated Goliath while still a boy.
And Gideon’s band of 300 men, victorious against a multitude of enemies like locusts, too numerous to be counted!

So lead us in this battle, Lord.

We will march in circles if you desire, like Joshua circling Jericho.
We’ll face towering walls that keep us from Your promise and watch them crumble with a shout.

We will sing Your praises until the trumpet sounds and You descend victorious with a shout.

We’ll battle from quiet homes on feeble knees in prayer.
We’ll enter in with songs of praise.
We’ll fight by standing firm with hearts on fire for You.

Lord, confuse our enemies with the sounds of our praise.
Defeat them with our song!

Let the world know that You alone are God.

Give thanks to the Lord,
for His faithful love endures forever.